Amy is a typical teenager and when things don’t go her way she can really be sassy. Sunday night we went to the high school to try on her band uniform. She is going to be marching with the band this summer. She will have a modified schedule and probably won’t march for the entire parade…we are going to see how her endurance is. Anyway, when we tried on her uniform she expected to play and march right then. She was so mad when we hung her uniform back up that she stomped off to the drum set in the band room and starting banging away. I brought her away from the drums and she stood in line with me to pay for the band expenses, complaining the entire time! She was very disrespectful.

When I got home and told Russ about it, we discussed what to do. How would we discipline our other kids? It is not the same with Amy. She doesn’t really have privileges that we would want to take away. It wouldn’t be right to punish her by not letting her play in band, because that is so good for her. Russ ended up talking to her alone and then called me in so Amy could apologize. She was sincerely sorry and understood how she acted was wrong. It is not easy parenting, whether your child has special needs or not. I hope Amy learned from this experience and will be more respectful next time.

Amy had a band concert on Monday night. Her best friend Karly was playing too. Amy has a mentor at some band concerts just to keep her on task. END_OF_DOCUMENT_TOKEN_TO_BE_REPLACED 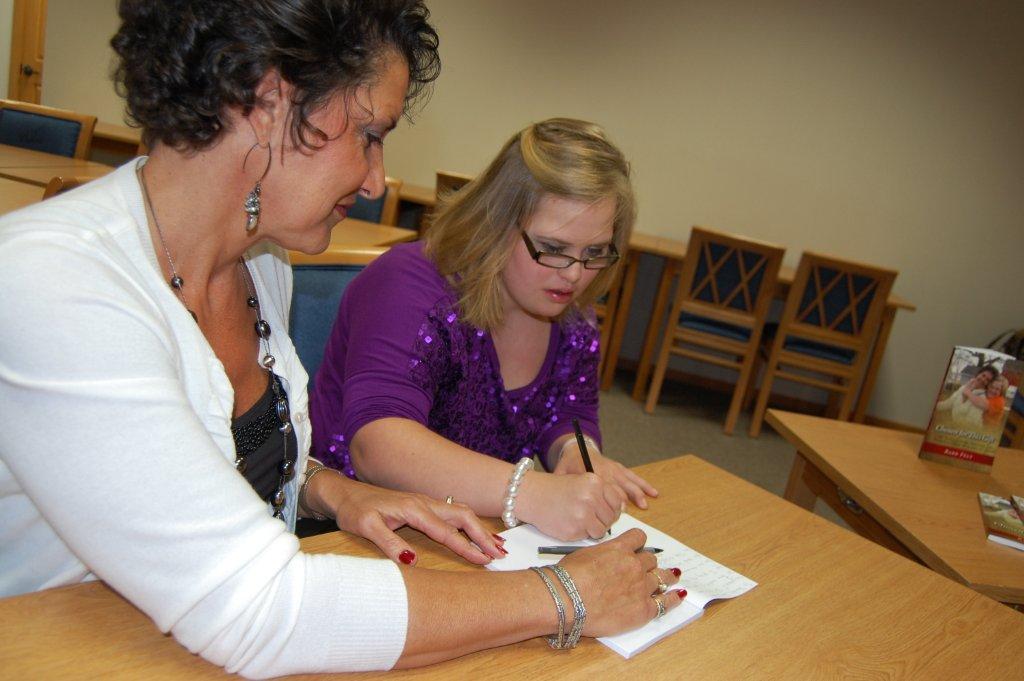 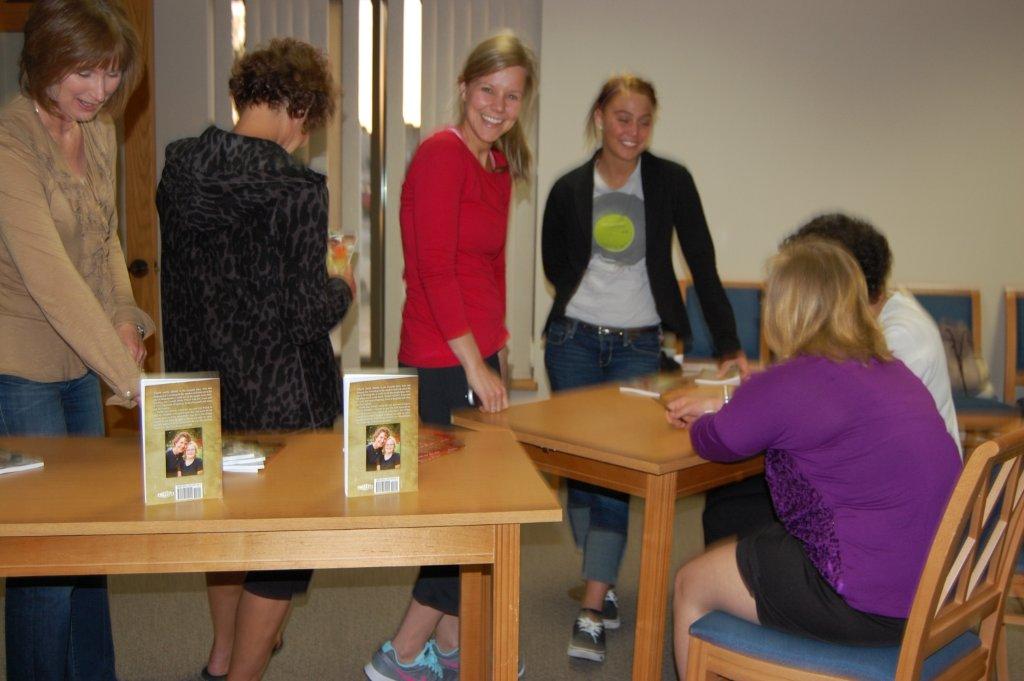 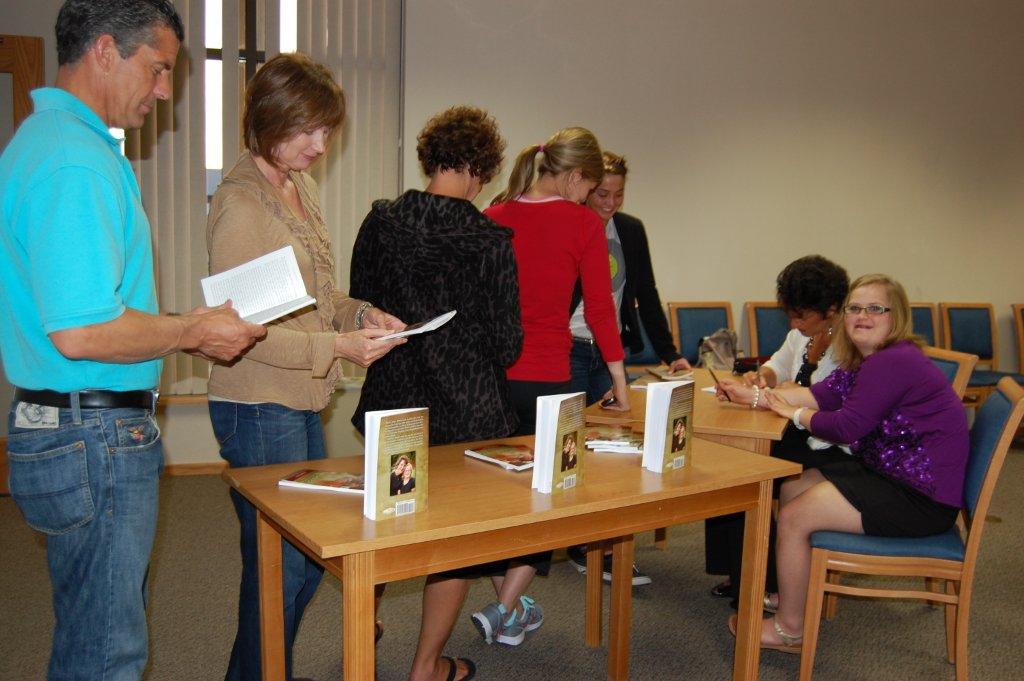 Amy and I had our first book signing at the Litchfield Library April 3. It was a lot of fun and great to visit with people who either had already read the book or those excited to read it. I had never been to a book signing before, let alone have one, so I wasn’t sure what to expect. It was very low key and comfortable. Amy loved signing her name and answering questions. Anna, Amy’s sister helped set up and was also available to visit and answer any questions people had. I believe this will be the first of many book signings for Amy! She skipped school yesterday for our second signing engagement at Cricket Meadow Tea Shop. The ladies who came sat and had coffee with us. Amy wasn’t all that excited to go back to school until I told her she could eat hot lunch! Typically we pack a salad for her lunch, so hot lunch was motivation enough for her to be happy to go back!