Follow us
Amy, Blog, Down Syndrome, Friends and Family

Amy had a band concert on Monday night. Her best friend Karly was playing too. Amy has a mentor at some band concerts just to keep her on task. 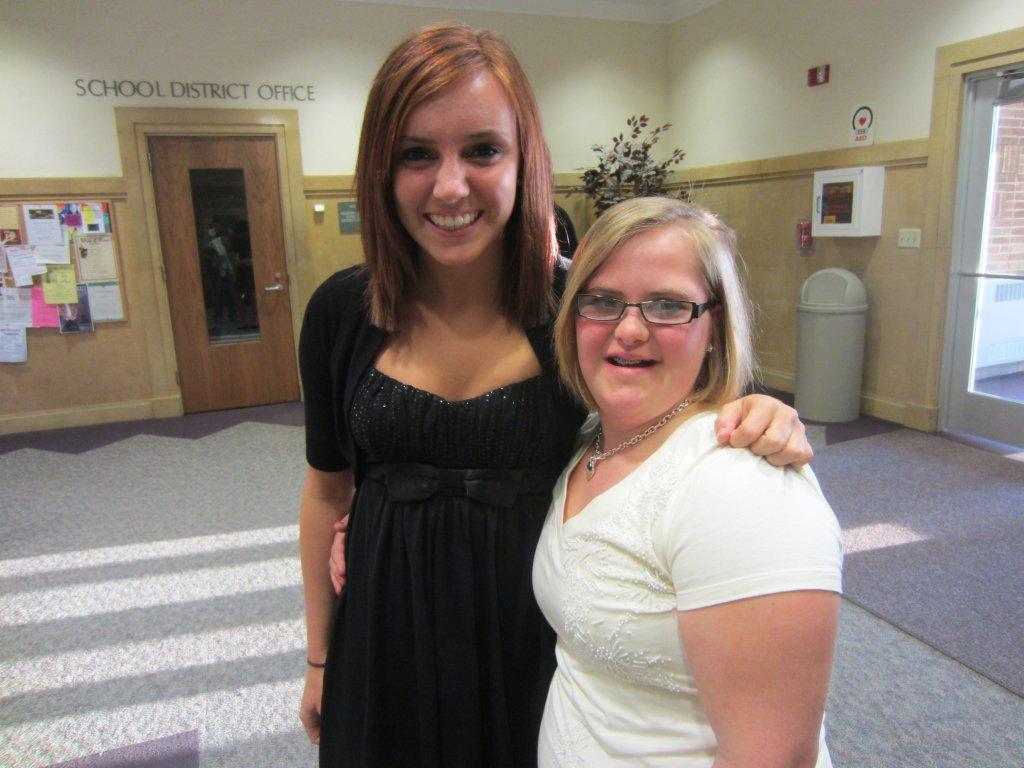 Karly & Amy at the band concert

Kalley & Amy during the band concert

Kalley Sprieter used to be in band but now volunteers to help Amy at her lessons and was at the concert to give Amy her cues when to play.

Following is an email I received from Amy’s band director after the concert:
Just wanted to send you a note and tell you how proud of Amy I am. She played both the songs today perfectly and even got thrown a loop before the concert that she handled well. The piece that she plays Tympani on will be put on the next concert. Please tell her that I’m proud of her.